With help from Past Master Frederick.G.Bird (our oldest active member in 2021, when this short section was updated)
We now have a good picture of this year. He became a Member 1n 1960, thus in November 2020 celebrated 60 years of active membership.

Most business operating in and around Lime Street would have bought desks or had their Offices moved / organised by this year’s Master and his team.
Mr Bird was a very active member of a whole range of organisations, including the Ward club, where he was originally proposed as a Member of the Ward Club by Jack Holmes and onto the Committee by Roy Blankley (R.Blankley and Son) Deputy – in addition to the Ward Club,  amongst others, he was involved with:
City of London Retail Traders Association
Worshipful  Company of Needlemakers (1970 – 2010)
Langbourn Ward Club (Past Master and Author of The history of Lanbourn Ward Club)

A very full diary – which has been very helpful in filing in gaps on the website in early years.

Who were some of our members in this era ?
– with thanks to Jim Attridge (Member) and Dicky Bird

Don Abel, for some years Hon. Sec and a very active promoter of the Ward club with many new members joining based on his hard work.
Several members were resident house keepers
including,
Mr Les Lowney – Housekeeper at number 40 Lime Street.
The Housekeeper in Asia House was also a member.

The Grundies (Father and Son) ran an Oyster Bar (Mandy’s) out of 22 Lime Street, when it closed they opened up in St Katharines’s Dock

Hugh Breslin – Manager of Moss Bros in Lime Street.
Dunn’s Menswear shop near the Monument had a Manager who was always known as Gerry Dunn – he also worked very hard for the club.

Dave Wharton ran the Ship Pub in Lime Street which sadly closed in the 2,000’s to become a fast food outlet.

Bernard Mawbey manager of Stones (Wine Bar) in Fenchurch Street which ceased trading in the 1970’s? 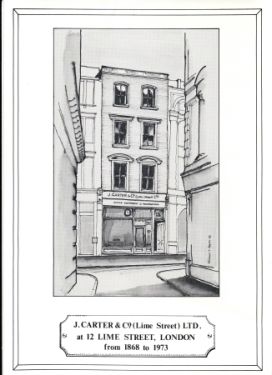 At the AGM it was reported that although income had not exceeded expenditure that there was not need for an increase in subscriptions, HOWEVER prompt payment of same preferably by Bankers Order was essential if this was to continue.

It was agreed that the following should represent the Club.
George Borrow – United Wards Club – we are now an Associate Member
Dave Queckett – City Conservation Group

At the dinner the main speaker was A. Colin.Cole – The Windsor Herald who spoke on behalf of the guests and gave a fascinating insight into the realms of Heraldry and the workings of the Royal College of Arms. A toast was given to Fred Sellamn the retiring Lloyd’s Master of Ceremonies.
Cost of the event. £7.00 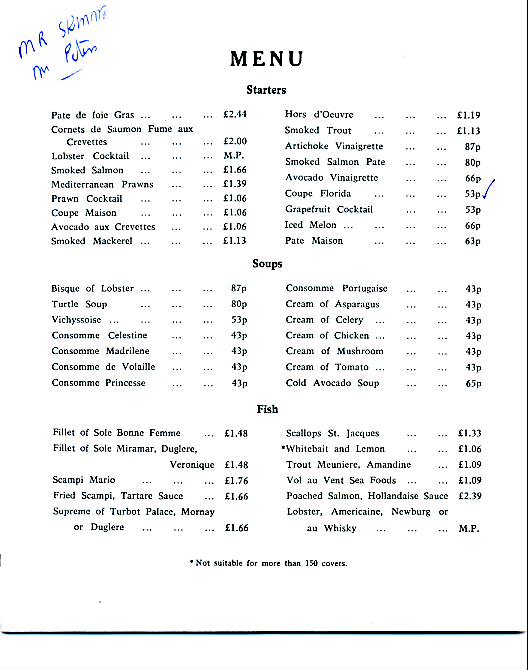 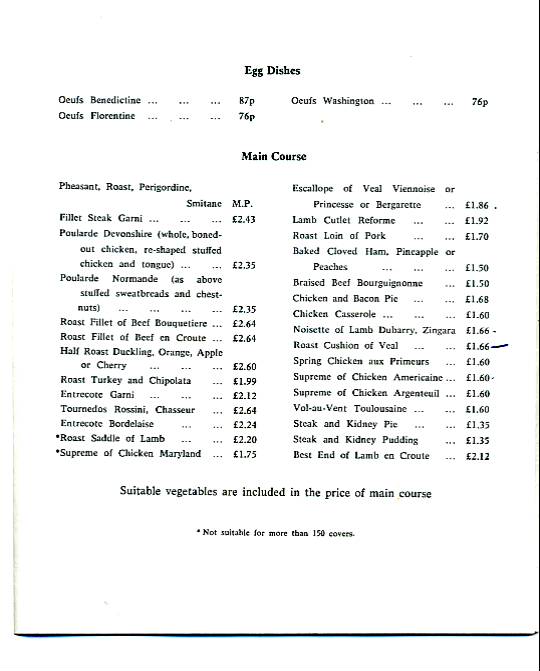 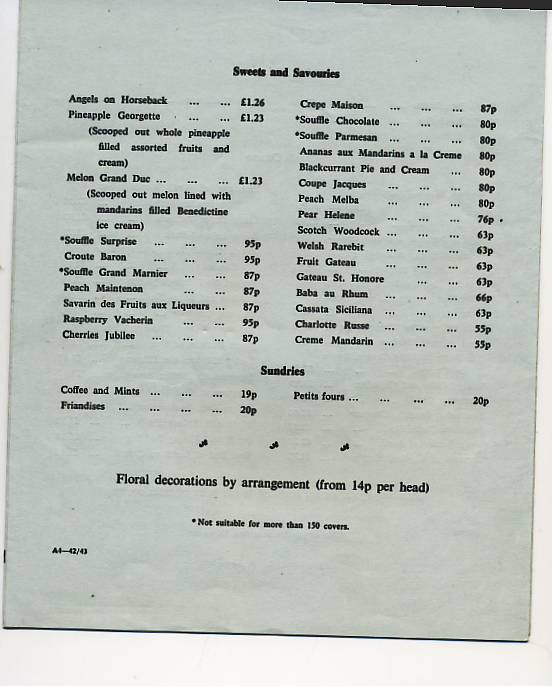 Thursday 29th April – Ceremony of the Keys – Tower of London

Numbers were restricted to 40, ladies welcome.
An informal supper at the World Traders Club in St Katherine’s Dock. The “main event” was preceded by a talk from the Resident Governor and Keeper of the Jewel House of the Tower of London – Major General W.E. Raeburn C.B. D.S.C. M.B.E. M.A.
Tickets. £5.50pp (inc wine BUT excluding cocktails!)

Held with the Lord Mayor (Alderman Sir Lindsay Ring, G.B.E) in attendance, plus Mr Sheriff Hedderwick and his lady.

Our Master in a short speech of welcome specifically thanked the Lord Mayor for his association with the Lime Street Ward Club and his assistance with the design of our Club Tie. The Master also apparently alluded to the issue of the high costs of rents and rates in the City making it very difficult for small traders. It seems that the Lord Mayor was expecting these comments as he thanked our Master for giving him the opportunity to talk on this issue.  He pointed out that in 1975 of the total rates income of £162m . £130m (80%) went to the GLC (Greater London Council) including £84m to the ILEA (Inner London Education Authority).Leaving £32m.  In 1962 the Corporation income had been £24m (67%) part of £36m income. Thus the need for increases in Corporation rates .

Alderman Christopher Rawson thanked the Lord Mayor with the speech on behalf of the Guests was given by Mr N.C. Honey – the then Governor of Wormwood Scrubs.

Coffee / Mints
Catering by Ring and Brymer (within Chester Boyd from 1999)
Tickets. £10.00pp including Cocktails, Wine and Port.

Many years later when wearing a hearing aid Mr Bird recounted that when switching on the aid to link up with the loop, he was intrigued to find himself listening into the speech in the Great Hall whilst sitting having lunch with the Ward Club, in the Crypts!

Lime Street Wards’ contributions, organised by Deputy Harry Duckworth were organising a Flower Festival in St Michael’s Cornhill, a talk on Church Music and a display in Guildhall Yard by the Junior Band of the Royal Marines.

In addition the Ward Club organised a Cheese and Wine evening at the Wine Bar in Lloyd’s inviting all the electorate of the Ward – it was apparently a very successful event, producing a number of enquiries regarding Membership.

Not a Ward Club event, but one that Members were actively encouraged to attend. The Master read one of the lessons.
An excellent sermon was preached by the Rev. Noel Clarke, the Superintendent Chaplain of the British Sailors Society
A beautiful display of gifts was attractively laid out down the centre aisle.

The Catering was done by Rev Alan Cook, his wife and daughter. “one of the most enjoyable Buffet Suppers we have ever experienced” – the Master
£3.00