How the City of London Works

This is the local authority for The City of London responsible for 350,000 commuters per day and around 9000 residents (2019 figures).
One of the City Corporation’s main objectives is to support and promote the City as the world leader in International Finance and Business services.
There is a structured range of Committees under the title of Court of Common Council. The overall strategic direction is set by its Policy and Resources Committee. As with any local authority it is involved in planning, housing, highways, cleansing, parks and gardens, health, markets, education, the arts and so on.

The City Owns over 10,000 acres of green spaces from the small City Gardens all over the Square Mile to Hampstead Heath, Epping Forest and Burnham Beeches.

It is responsible for the City of London Police, the Central Criminal Court otherwise known as the “Old Bailey”, the five City Bridges (excluding railway bridges) being Tower, London, Southwark, Millenium and Blackfriars bridges. The Barbican Arts Centre (home to the London Symphony Orchestra (LSO) is sponsored by the City Corporation.

The City Bridge Trust, the sole trustee being the City of London Corporation funds the maintenance of the five City Bridges and in addition donates “in many cases very quietly” around £1,500,000 per annum to worth causes.

The role of the Common Councilman 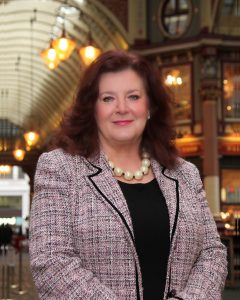 The role of the Common Councilman

“I was originally elected to the Court of Common Council as a Member for the Ward of Lime Street via a by-election in 2008. I have been very proud to serve this Ward for currently 12 years. (written in 2020)

There are many Committees which make up the work of the Court of Common Council and I have sat on a number of these over the years. Presently, I sit on the following:

What is most interesting about the Court of Common Council is that its format has not changed in hundreds of years and members of the public are welcome to attend. For more information see www.cityoflondon.gov.uk

I have always stood as an independent candidate as I strongly believe that party politics should not play any part of our election process. Our role is not remunerated but people generally stand for election in order to give back to the City.

Whilst our Ward is populated by many of the larger insurance and financial services sector companies, we also have a great deal of SMEs (Small or Medium sized enterprises) and retail businesses which are equally important in creating the unique and diverse Square Mile.

I have been very lucky to attend a number of banquets at Guildhall and Mansion House over the years and my minor issue is that the gentlemen, in particular the Lord Mayor, can sometimes look more glamorous in their ceremonial attire than the ladies!”

Another view of the CC role

from Alderman Robert Howard, Vice President and Past Master of the Ward Club
Robert was initially elected as a Common Councilman of Lime Street Ward, before moving on to become Alderman for the adjoining Ward of Cornhill

Following the retirement of Christine Cohen OBE as a Common Councilman after 25 years of service to the City an Election was held with Robert Howard (one of our Ward Club members) being elected by a substantial majority – his early insight into the role of a new Common Councilman follows.

“Following my election, I was appointed to two major Committees: Planning & Transportation and Port Health & Environmental Services. As an apolitical body, the Corporation works through committees and these are two of the big ones, being responsible for much of the infrastructure of our City.

I feel very fortunate to have been on those committees and came to appreciate the advantages of being a Member for a relatively small Ward like Lime Street – around half of the Corporation’s main committees are designated as Ward Committees, meaning that each of the City’s 25 Wards appoints a Councilman to sit on them; with only three of us in Lime Street, when i first started as a CC (now 4) this meant there was plenty of work to go round for the busy Lime Street Councilmen!

In this respect, I also came to appreciate very quickly quite how much work is involved. For example the Planning & Transportation Committee meets every three weeks, ahead of which its members are sent voluminous briefing reports. The Committees tend to meet in the middle of the day, my first one lasted four hours – and the prior reading material ran to over 1,000 pages! That this should be the case is perhaps not surprising, given the Committee’s critical role in agreeing and approving planning consents for the City’s new buildings, which of course we know all about in Lime Street Ward. At the same time, the Committee oversees the City’s transportation upgrades. It really is incredibly exciting to be part of the process and to see the future City taking shape around us, not least in Lime Street Ward itself, where so much present development is focused.

The Port Health & Environmental Services Committee meets less frequently but covers an incredible array of different services provided by the City, including keeping our City streets clean and monitoring 150km of the tidal Thames (my first responsibility involved a fascinating guided visit to the Thames Barrier). Meetings of this Committee have included issues such as the proposed expansion of the animal reception centre at Heathrow, which the Corporation operates; sun bed regulation; the monitoring of air quality in the Square Mile; and the publication of the City’s Tree Policy, amongst others. The Corporation covers such a broad range of responsibilities and it is wonderful to see it at work.

There are many other Committees and Working Groups within the Corporation, onto some of which one has to be elected by one’s fellow Councilmen. I hope that I represented the voters of Lime Street Ward to the best of my abilities. I am ever so grateful to my fellow Lime Street Ward Councilmen, and to the Ward Club, for being so very supportive – and for making it all so much fun!”

The role of the Hon Ward Clerk

The following explanation of the role was put together by John Bristow, Ward Clerk for many years, a Past Master of the Ward Club and a long standing member. Sadly John dies in 2019 – a good friend to many.

“The City’s unique electoral system predates Parliament and the division of the City into 25 Wards is evident in the earliest written records. The Wards were the military, judicial and administrative units for the area.

On the second Friday in March a Wardmote is still held in each Ward and here the Honorary Ward Clerk performs his annual duties.

The Town Clerk of the City of London at Guildhall is the person who officially oversees elections but because all 25 Wardmotes take place on the same day, each Ward has an Honorary Ward Clerk to act as Secretary at the Wardmote. The Ward Clerk arranges the agenda and reports back to Guildhall on any discussions which have taken place and on any requests made by the electors. The Wardmote is Chaired by the Alderman and attended by the Ward Common Councilmen.

The position of Honorary Ward Clerk is in the gift of the Alderman and is an annual appointment.

Every four years there is an election for Common Councilmen, and the Alderman has to seek re-election every six years. On these occasions the Honorary Ward Clerk has certain other duties, such as reading at the Wardmote the precept. This is an instruction from the Lord Mayor to hold an election.

Organising the Wardmotes is generally the Ward Clerk’s job, as is ensuring that the Alderman, Beadle, Common Councilmen, electors and candidates are aware of the arrangements and Agenda.

The post carries a small stipend but it is a great honour to be asked to take up this traditional role. Our current Hon Ward clerk is Tim Willens another member of the Ward Club.

The Court of Common Council

The Court of Alderman was mainly responsible for the administration of Civic Government in the City until the 17th century.  The Common Council which appears to have originated as a consultative body in the 13th century has now taken over the major part of these powers and Parliament confers on it the powers usually conferred on other local authorities.

The Court of Common Council is composed of the Lord Mayor, 24 Alderman and 100 common Councilmen. The Court meets every third Thursday except during the Christmas and Summer recesses

The Court is presided over by the Lord Mayor. The attendance of 40 members of whom one must be the Lord Mayor or his locum tenens and at least two Alderman is necessary to constitute the court.

The Lord Mayor opens proceedings with the Corporation of London’s motto “domini dirige nos” (O Lord Guide Us).
At the 1st Common Council of a new Mayoralty the members are gowned. Lord Mayor, Alderman and Sheriffs in scarlet and the Commoners in mazarine (blue) gowns.