Who were some of our earlier Members/Masters ?

Gin at the end of Dinner ?

Traditionally, I believe, that at the end of formal Dinners with The ClothWorkers Company – guests have a choice of Brandy or Gin – with the question “Do you dine with The Alderman (Brandy) or Lady Cooper (Gin) ?
Why ?
Tradition says that Alderman Cooper in 1664 collapsed and was given brandy to help resuscitate him – he died. His wife complained that if he had been given his normal “tipple” – Gin – He would have recovered.

The 24 Ward Clubs have different names for their annual or biennially elected “Senior Person”, Master, President… but how about Livery Companies?
The majority have a Master, The Weavers’have an Upper Bailiff and the Basket Makers’, Blacksmiths’, Dyers’, Fishmongers’, Goldsmiths’, Sadlers’ and Shipwrights’ use the title of Prime Warden.

Some people say that the Legendary beasts that guard the City’s Boundaries are more amiable Griffins. However, according to experts Griffins have the claws and wings of an Eagle and the Hind legs of a Lion. The City of London’s it seems are therefore definitely Dragons.
More basically than that – the City’s coat of arms combines the emblems of the Patron Saint of England and London: the cross of St George (who slew the dragon) with the symbol of martyrdom of St Paul – who is the patron saint of the City of London.

The original dragons that support the City of London corporations bearings first made their appearance in 1609.

The recent additions guarding the various entrances to the City, are quite modern. The first was cast in bronze to surmount the Temple Bar Memorial at the top of Fleet Street in 1963. By the end of 1964 it had been joined by Dragons at other entrances to the City in Holborn, Farringdon Street, Moorgate, Bishopsgate, Aldgate High Street, Blackfriars Bridge and London Bridge.

Some more will be added in due course, in the meantime taken from a “toast to the guests” at a Ward Club Civic Lunch.
“The East Crypt in which you are now sitting has been open to the public since 1961 – with the windows donated by the Worshipful Company of Clothworkers and various Common Councilmen, as you can see from the various plaques”
“The West Crypt was rendered inaccessible from this side by a brick wall since the Great Fire in 1666, until it was restored in 1973”.

For anyone interested in Tower Bridge, Amazing old photographs of its construction.  Follow this link and be surprised.

Lloyd’s and its four paintings 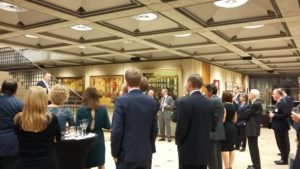 Painted four paintings of the interior of Lloyd’s, two of the 1928 building and two of the 1986 building. all of which are on display in Lloyd’s. The artist was the official artist for Queen Elizabeth II’s Coronation in 1953 and whilst painting the major painting which hangs in Buckingham Palace, there is a story.
The story goes that a small field mouse was brought into the studio by his cat. The mouse was dead, Cuneo thought that the mouse should not die in vain. A small mouse is in the picture, waving our flag walking in front of the Duke of Norfolk. Every painting since 1953 has a mouse in it. Two in Lloyd’s do have a mouse (painted in the late 1950’s and mid 1960’s) ‘and two do not,  these were painted in 1948 and 1952.

Why is it called Billingsgate ?
“Lost in the mists of antiquity” – even Stowe had no idea – thus it must be very old indeed. It was first referred to in 870A.D. when Ethelred made custom regulations for ships on Blynesgate. By the 1370’s the name had settled down to Billingsgate.
Its History
Its first Charter was granted in 1297 (Edward I). Under Edward III The City was granted Market rights, with it being prohibited to set up markets within a 6.66 mile radius of The City. In 1699 the Market became exclusively identified with the fish trade. An Act of Parliament was passed making it “a free and open market for all sorts fish whatsover. (Excluding the sale of eels which remained the prerogative of Dutch fishermen. (They had helped provide food to Londoners during the Great Fire – 1666)
Its Buildings
There were no buildings until the Mid 1800’s, when the advent of the railways and huge volumes of fish arriving every day, necessitated the building of same. The first Building (1850) was totally replaced by the Old Market in Lower Thames Street (1876). Designed by Sir Horace Jones and built by John Molem. The foundations are underpinned to a depth of 50 feet to counter tidal movement. The Market moved to Docklands in 1982.
“Shoring”
Bringing of goods into Billingsgate.  This work, called “barrowing” and was done by Porters who were paid fixed rates of pay (bobbin money).
With thanks to the City of London Corporation.

Its current claim to fame is being used for various scenes in Harry Potter films (area around The Leaky Cauldron and Dragon Alley).
It was the sight of the Forum in Roman Britain – the largest of its size at the time in Northern Europe. It became the meeting place for Poulters from the 14thC, shortly followed by Cheesemongers. In 1411 it was bought by the then Lord Mayor of London, “Dick Whittington”. The current version was designed by Horace Jones in 1881 – he also designed, Spitalfields and Billingsgate markets.

Leadenhall Market – some more information
Leadenhall Market dates back to the 14th century and is situated in what was the centre of Roman London. Originally a meat, poultry and game market, it now features a variety of vendors as well as commercial shops, restaurants, cafés and pubs.

In the early 1300s the Manor of Leadenhall is listed as belonging to Sir Hugh Neville. Within a few years the area around the manor became a popular meeting place first for poulterers, and -then cheese-mongers. In 1411 Lord Mayor Richard ‘Dick’ Whittington gifted Leadenhall to the City and in 1440 Lord Mayor Simon Eyre replaced the Manor Hall with a public granary, school and chapel and donated it to the Citizens of London.

The market was enlarged to provide a site for selling poultry, grain, eggs, butter, cheese, herbs and other foodstuffs. Over the next 200 years Leadenhall Market became a centre of commerce and further markets were added for wool, leather and cutlery. In 1666 Leadenhall Market suffered only a small amount of damage in the Great Fire. Rebuilding after the Fire, the market became a covered structure and was divided into the Beef Market, the Green Yard and the Herb Market.

In 1881 the City’s architect Sir Horace Jones, who was also the architect of Billingsgate and Smithfield Markets, redesigned Leadenhall. His designs replaced the earlier stone structure with wrought iron and glass and was relatively unscathed during the Second World War.

The Poultry Market remained at Leadenhall until well after WW2, when most of the shop units were let for the sale of meat, fish or provisions. In the succeeding years the shops were also being used for general retailing and leisure.

In 1972 the Market was given Grade II heritage listed status.

It is hard to imagine the noise and smells of a 19th century market when you look at the beautifully clean and vibrant Victorian building of today. Even into the early 1970’s it was still mainly a Fish and Meat Market, plus such things as a Pet Shop selling fresh food for dogs and cats, Newsagents, Tobacconists, and a small Mini Mart!

As of 2020, the three Public Houses, The Lamb, The New Moon and the Grapes have survived although the Ship on the opposite side of Lime Street has been converted into a fast food restaurant. Today there are many new cafés, specialist shops (e.g. Cheese https://cheeseatleadenhall.co.uk/) , wine bars and restaurants including the one constructed from a former underground gentlemen’s toilet!  .

As well as the connection to Dick Whittington, Leadenhall Market has played host to a few other famous names. During the 18th century ‘Old Tom’ was a celebrated character in Leadenhall. He was a gander who managed to escape his fate of being slaughtered, 34,000 other geese were less lucky. He became a great favourite in the Market, even being fed at the local inns. After his death in 1835 at the age of 38, he lay in state in the Market and was buried on site.

Part of Harry Potter and the Philosopher’s Stone (the first film in the blockbuster series) was filmed in Leadenhall in 2000/2001. The Market was used to represent the area of London leading to the popular wizarding pub The Leaky Cauldron and the magical shopping street Diagon Alley. Leadenhall Market is a popular choice as a filming location and can be seen in many other movies including: Tinker, Tailor, Soldier, Spy; The Imaginarium of Doctor Parnassus; Hearafter; and Love Aaj Kal. The pop group Erasure also filmed their music video for Love to Hate You in the market in 1991.

Almost all of the City of London Church Bells were rung as the Queen passed various parts of the City during her Jubilee Pageant – June 3rd 2012. Leading the procession was a specially designed boat carrying one set of new bells – a peal of 12, cast by Whitechapel Bell Foundry (we visited them in 2011) for St Dunstan in the West. (Fleet Street)

Did you know that it was the Bells of St Mary-le-Bow (as above) that Richard Whittington is meant to have heard when travelling up Highgate Hill in 1397 – calling out “turn again Whittington – Lord Mayor of London”. He was Lord Mayor four times. The peel of 12 bells each has an inscription from the Psalms on them, the first letter of each Psalm spells out D Whittington

The Company of Pikemen and Musketeers 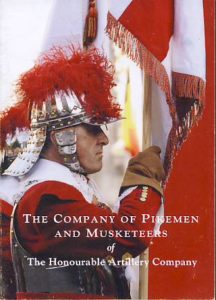 The Company of Pikemen and Musketeers is a ceremonial unit of the Honorable Artillery Company (HAC) which traces its origins back to 1537 when the Overseers of the Guild of Saint George in London received a Charter of Incorporation from Henry VIII.

The Pikemen and Musketeers are dressed and equipped as members of the Company would have been in the 1640s. Their task is to provide a Bodyguard for the Lord Mayor when on Official Business.

In 1955 HM The Queen granted the Company a Royal Warrant authorizing it to parade and tasked it to provide a bodyguard for the Lord Mayor.

Apart from undertaking duties in the City of London the Company is increasingly in demand for state, military, charity and other events to add colour and pageantry to the occasion and to give displays of 17th century drill and music.

In recent years the Pikemen and Musketeers have paraded in Belgium, France, Germany, Italy and the United States.

Facts about the Pikemen and Musketeers
The company comprises 63 all ranks, that being the size of the Company in the 17th century. Only veteran members of the HAC’s Territorial Army regiment are eligible for membership.

The seniority of officers and non-commissioned officers is signified by the amount of lace on collars and cuffs.  The more lace the more senior the rank. 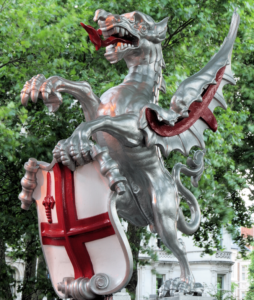 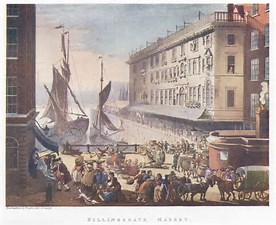