Change of Plan The Hon Auditor Mr Simon Ive had had to stand down owing to family pressures and at very short notice.
Committee Member Michael Brecknell carried out the audit but resigned from the Committee as he felt that having agreed to take on the role of Hon. Auditor there might be seen to be a clash of interests. His decision was accepted with regret. He has continued as “Auditor” (and then Independent Examiner) , until at least 2021.

St Peter upon Cornhill moved under the “control” of St Helens. Rev Nigel Beynon appointed as Hon Chaplain to the Ward Club

Sad news Past Master Charles Bowman died February 2000. A specific donation of £150 was made to “Barnardos” – forming part of the Lord Mayor’s Appeal.

An interesting proposal
A member of the Ward Club and at least one other Ward Club advised that the other Ward club had taken out a form of tenancy on part of a Building in Aldgate Ward and offered sub-tenancies to Ward Club Members, so they could apply to join the Ward Electoral Register. Not sure that this was ever raised at a Committee Meeting.

Matters of interest
It was confirmed that Mr Max Taylor (Chairman of Lloyd’s) would take up Honorary Membership of the Club for the length of his tenure.

Finances
The Hon Treasurer reported that only approx 50% of Members had paid the increased subscription of £20 (rather than £10) – they would need too be chased.

Donations for the coming year as follows were proposed and agreed.
St Peter upon Cornhill £250
Lord Mayor’s Appeal £250
Sheriffs and Recorders Fund £100
Leaving £150 to be distributed at the Master’s discretion (£50 went to the St Ethelburger’s Appeal. The Church had been restored following the 2nd IRA bomb in Bishopsgate and was now a Centre for World Peace.

Financial Position
Strong but with a Lord Mayor’s Show in 2000 the Hon Treasurer suggested that the Ward Club should aim to make between in £500– £1,000.00p profit every year to enable it to rebuild its funds for any future major commitment. (As you will see this was very commitment sensible advice)

Annual Dinner
A Reception in the Nelson Gallery was followed by the Dinner.
73 Members and their guests enjoyed the Annual Dinner in the Captain’s Room – although it seem’s that a shortage of wine and port for the toasts for a few tables and missing vegetables on another added to the excitement of the evening.

There was some debate over the final bill, the Club settled for the Original Quotation. £3,029.50.

14 Members and Guests enjoyed a personal guided tour around one of the oldest surviving City businesses.

A Buffet lunch followed in the Aldgate Exchange 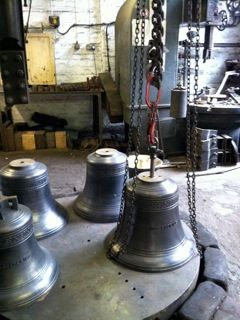 The Master and other Members of the Ward Club attended this function, where the Guest Speaker was Mr Stuart Fraser, the Chair of the Planning Committee of the Corporation – “Planning Challenges in the City”. 2 course buffet – £25.00pp.

This year’s Service was held at St Michael’s as our normal venue, St Peter’s Cornhill was being restored.
The Service was lead by Rev Nigel Beynon – the Hon Chaplain of our Ward Club

The Toast to the Lime Street Ward Club was proposed by Mr Drummond Abrams FCA. A retired Chartered Accountant, who apparently became far busier in retirement than prior. Actively involved in a dot.com incubator fund, on the Council of the Institute of Chartered Accountants, and a presentation slot on Southern FM local radio. amongst others.
Toastmaster – Mr Bernard Sullivan M.B.E

There was some very positive feedback from those who attended.
Price £53.pp

Master and 17 Members in attendance

Donation
Master having difficulty in finding who to make the agreed donation of £50.00 to St Ethelburger, Bishopsgate, to.

Finances – a donation of £500.00 had been received from James Fisher as a contribution to the Lord Mayor’s Float.

A question was raised re the number of Guests that the Ward Club had to pay for at the Civic Lunch – total 15 including The Civic Party and entourage (5) Hon Chaplain and his wife, Guest Speaker and his wife, Bishopsgate (2), Langbourn (2), Aldgate (1) pus 2 out-mess supporting the Mayoral Party, Organist and Toastmaster.

Plans for the Lord Mayors Show float were well in hand.

Mr Michael Brecknell stood down from the Committee in view of other major commitments, and clash of interests as he remained Hon Auditor.

A number of Officials of the Ward Club and other members would have attended this annual event. This year they were led by Alastair Bassett-Cross. a very enjoyable “sparkling” event in the presence of The Lord Mayor, Lady Mayoress and the Sheriffs and their lLdies.

One of the major city office blocks, Plantation House (replaced by Plantation Place in the 2,000’s and renamed officially as 30 Fenchurch Street in October 2020), was demolished at the end of the 1990’s opening up a major site for a few months to the City’s Archaeologists. This talk given by one of the team from the Museum of the City of London Archaeology Services and explained the importance of the site, what was found and learnt. The evening closed with a hot finger buffet for 45 members and guests. 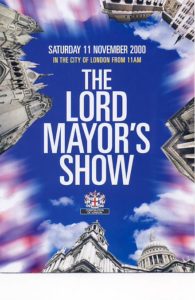 A great deal of hard work and creativity 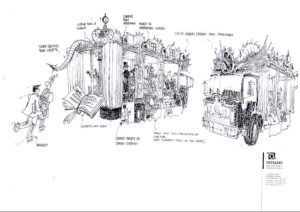 Culminated in a an amazing float and for those who took part a truly memorable day out. The overall theme was “The Market Place of the World”.

“The heavens opened, brollies went up but atmosphere wonderful and rewarding”

Julie Gubbins came up with the concepts including “borrowing” a Lloyd’s Waiter and getting a real bell (mock up of the Lutine Bell) from The Whitechapel Bell Foundry. 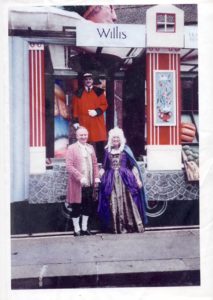 Past Master Roger Earthrowl and Asst Hon. Sec Ann Benson (Hon. Sec and Master to be).

“We had a very prominent position at the front of the Parade”
“We all got an amazing thrill from from the wonderful feedback from the Crowds lining the streets”
“Every time we rang the Bell, heads turned in our direction?”
“We got a short shot on TV”

The Club had a block allocation of seats near St Pauls with many members enjoying the Show and then a Thai Style Buffet at Singapura, nearby

At the AGM in Feb 2001 A vote of thanks was given to the following, with loud acclamation.

The success of the float rested with the committee

Other members who helped were Mark Gubbins who organized the Britvic lorry. David Butcher who provided the lead to the Leadenhall Market Tenants Association and the City Corporation who matched the amount given by Leadenhall Market. The sponsor who spent an enormous amount of time effort and imagination was Artillery Property Services led by their Managing Director, David Back and two of his assistants. Expenses of only Pnds 156 for countless hours of work, excellent standard and wonderful implementation of Julie’s design, represented a very major donation on their behalf. In total over Pnds 6000 pounds was raised in sponsorship.
Thanks also to the OST Theatre Tonbridge for helping everyone with their costumes on the day.

Presentation to the Lord Mayor and Breakfast
11th November

It is tradition that that Livery and Ward Clubs most closely associated with the Sheriffs and Lord Mayor present them with gifts on the morning of the Show. (The timing of this event was changed in the 2000’s to be after the Silent Ceremony, the afternoon before)

Memorial Service for the Life of Bill Kelloe – All Saints Church, Goodmayes 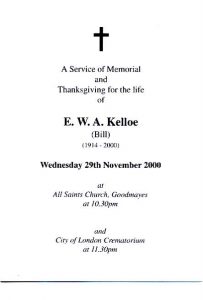 Regrettably the Carol service was not held in this year owning to lack of support.
The cCongregation were to have been led in the singing by The City Singers. Supper venue had been changed to Balls Bros (Mincing Lane) – Supper would have comprised Tomato Soup, Lamb Casserole and Bread and Butter Pudding – Cost £25.

In 200″1 a change of structure of the evening – encouraged a growth in numbers again.

The Master and 20 members in attendance.
The room rose in silence in respect of the deaths of – Mr Bill Kelloe, Mr Alan butcher, Mr Bernard Petitpierre.

Insurance
A major discussion re whether the Club need it or not. Seems like a fairly split decision, particularly re Public Liability.
– “the world is becoming more litigious – so we need it”
– “if we have no insurance no one will sue us”

It was announced at this point that a Cup that had been donated by Mr Bryan Toye had gone missing. ideas please re its whereabouts? – it was found!

Club President
Mr Michael Beale retired as Alderman, due to pressures of work, prior to the AGM, with the election for the new Alderman not due to take place for a few weeks.

Agreed that he remain President until a new Alderman is elected.


A full house (54) Members and Guests enjoyed presentations from Julie and Mark Gubbins (Club Members and Past Masters) on the theme of “good bye (buy)”.

There was also a presentation from a member of WSET (Wine and Spirit Education Trust) . Supper followed Beef Fillet and Mushroom Kebabs – Salmon en Croute followed by Cheese and Biscuits. £33.50pp

Officers, Committee Members, Active Past Masters were invited by the Lord Mayor and the Lady Mayoress.

A quotation from the Master’s letter to Sir David and Lady Howard says it all. “We did not realise what expert guides you were. Your enthusiasm for both your year in office and your year in residence were plain to see, both were communicated with great style and relish”

“A superb finale to my year” 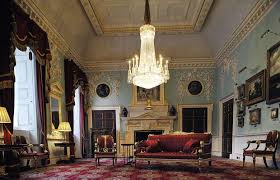