Our Church – Saint Peter upon Cornhill 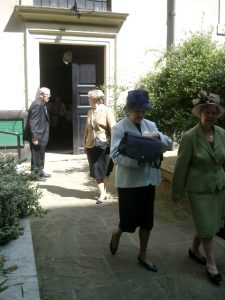 Regrettably it is not normally open to visitors as it used on a regular basis for Bible Study, Staff Training…for people associated with St Helen’s. It also has an entrance (very rarely used) in Cornhill. 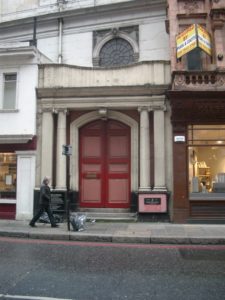 The Corporation of the City of London is the patron of St Peter’s for which it is responsible for recruiting and presenting new incumbent clergy to the Bishop.

The story of it origins have been gleaned from many sources, in particular Past Master John Tuff and St Helen’s supported by ‘A guide to London’s Churches’ by Mervyn Blatch.

It is likely that a church has stood on this site for over 1,800 years on the tallest “hill” in the City of London.
A brass plaque (probably an 18th Century copy of a lost earlier 14th Century version) in the North East Vestry, states that “The Christian King Lucius originally founded a church on this site in the year 179 AD”. 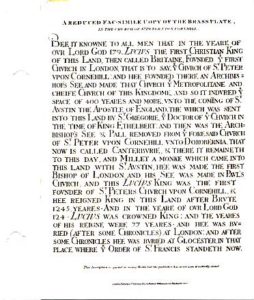 The Church would have been alongside (if not over) the Roman Forum (now underneath Leadenhall Market) – the oldest foundation in the City.
In papers from around AD 700 it was already noted as the oldest Church in the City of London. There is mention in 1040 of a church called “St Peter binnon London” that apparently had seven altars, was the Burial site for various Lord Mayor’s and a sanctuary of fugitives from justice.

In the mid 1400’s, four grammar schools were founded in the City, one of them attached to St Peter’s, together with a large library. This school continued into the 18thC.

The original church, with the exception of the base of the main square tower (the part in Brick) was destroyed in the Great Fire of London. The present church was rebuilt by Sir Christopher Wren between 1677 and 1681 reopened in 1682. It is believed to be the 5th on this site.

In 1983/84 some major restoration work was carried out, the first for almost 100 years. 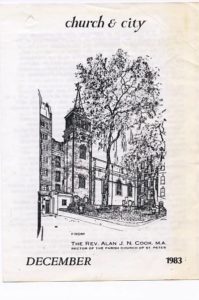 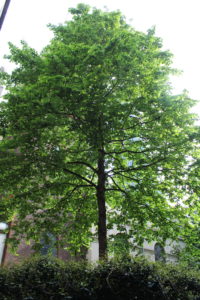 Stage 1 of the restoration included roof repairs, Stage 2 reconstruction of the Boiler room and the antiquated heating system. Subsequently there was a major cleaning and redecoration programme undertaken, we believe. 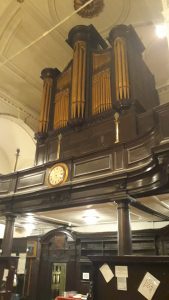 Built in the 17th C by Schmidt (Father Smith) in 1681. The Gallery and the Organ case are of the same date. He also built the organ at Hampton Court. It is famous for its unusual Flute Stops  – most appropriate for Elizabethan and Baroque Music. It was played by Mendelssohn in 1840 and 1842, who considered it to be the best in the London Area.

In a small frame on the original manual (keyboard), there is a little scrap of music, autographed by the great composer, 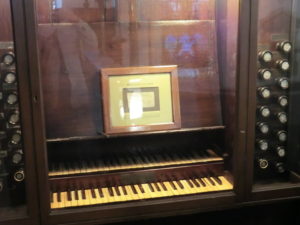 Past Master James Cross our own Organist, played the organ for a Hymnathon (a verse of every Hymn) in Hymns Ancient and Modern in his year as Master and raised over £1,000 for his chosen Charity. 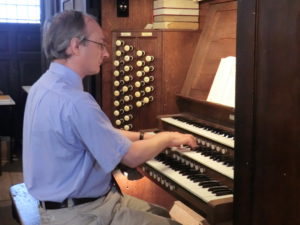 in 2020 definitely being looked down upon 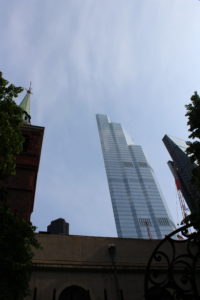 If you get the chance to visit via our Civic Service, Carol Service or just by asking permission. Try and have a good look round, there is plenty to see.

Outside
St Peter, can be seen on the gates to the Churchyard with keys in hand.

Raised Burial Ground. This gets a specific mention in Charles Dickens’ “Our Mutual Friend”. It is described as “conveniently and healthily raised above the living”.

The interior in greater detail
Entrance is from the South Door, going through the Church Yard.

N.B. The east and west walls are not parallel. It is possible that the original foundations followed the shape of a prior Roman Building and that this line has been followed ever since ?

Inside the entrance on the left
A 17thC Wooden Banner believed to be used  by the Parish School of Cornhill and Lime Street
It was discovered at the Cass Foundation under piles of rubbish and rescued by Dennis Cotgrove CC ably supported by Past Master John Bristow. 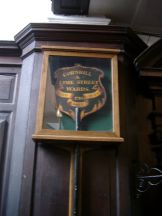 We prepared a “copy” for our participation in the 2015 Lord Mayor’s Show. 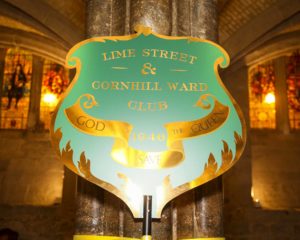 Just beside this is the stairs to the Organ Loft.

Inside the entrance on the right
A Worshipful Company of Poulters’ Banner which dates from 1693. The Banner was the gift of Nathaniel Baldick who was Master of the Company for 4 years. It was restored in 1905.

At the back of the Church under the Organ Loft
Great Table – 17thC, used originally by Puritans for Holy Communion.

Bread shelves:
Fixed to the wall above the Great Table, used for storing bread that was distributed to the poor.

The nave:
2 original high backed Wren Pews separate the Vestibule from the rest of the nave – all the other pews were removed  circa 1900.
The pillars down the nave change shape higher up and become pallisters, which shows where galleries were previously.

Chancel Screen:
One of only two from Wren churches in the City – the only one in its original setting. 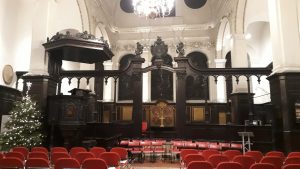 Said to be designed by Wren and his sixteen-year-old daughter. Coat of Arms of Charles II is in the centre.

Font: (To the right of the Altar)
Dates from 1681 and is made of Marble. It is believed that the Cover predates the Great Fire.

A sad memorial:
On the South wall of the Baptistery there is an monument with carvings of seven children (1782) – it seems that, a mother and father went out to visit friends (or to St James’ Palace) and returned to find their house in ashes, and their seven children dead. The plaque was erected by the Mother and Father’s host. 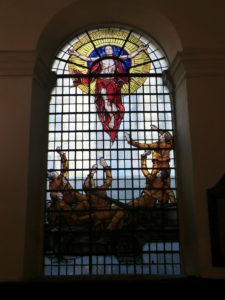 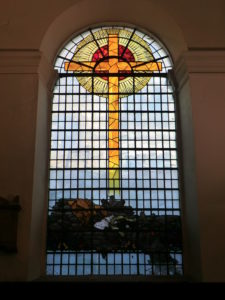 To the fallen of the Royal Tank Regiment (whose regimental church this used to be). 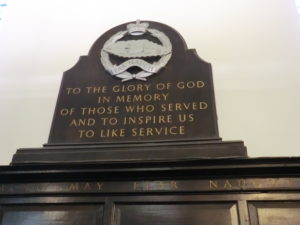 South side windows commemorate the fallen of Gough’s 5th Army, The Bedfordshire and Herefordshire Regiment and the Devonshire Regiment. 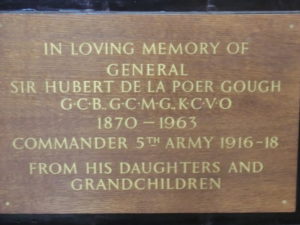 How St Peter’s is used today
Apart from occasional services for the Worshipful Company of Poulters and the Lime Street Ward Club there are virtually no services held there.

The building is, however, in daily use by St Helen’s, Bishopsgate. At weekends it is the regular venue for the St Helen’s youth group, and during the week it provides study space for members of the St Helen’s staff team, including sixteen people taking part in the St Helen’s Associate programme. 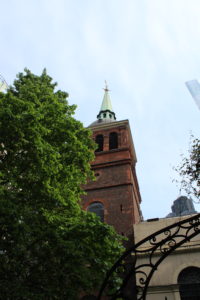 The church is also used by the Livery Company- the Worshipful Company of Poulters for over 400 years. – the sermon delivered at their Ash Wednesday Service every year is “paid for” by a gift from the will of Robert Warden, Poulter, in 1609.
On the South Wall is a beautiful Poulter’s Banner – gifted to the Company in 1693 by Nathaniel Baldick, four years master of the Company.
It is possibly their second with the first being destroyed in the Great fire in 1666. Restored in 1905 at the Royal School of Needlework.

The Pelican never appeared on the price control list and its presence on the coat of arms is because of its symbolism for Christian Charity.

With thanks to Ward Club Past Master Vernon Ashford

Possibly a Banner used by a Boy and Girls School in the Ward. Replicas were used in the Lord Mayors Show Nov 2017.